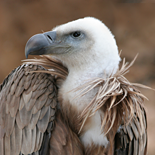 Aristotle once wrote, "Of all the varieties of virtues, liberalism is the most beloved." More recently, Barack Obama has said of his opponents, "I don't know when they decided to make a virtue out of selfishness." To which someone in the McCain camp responded by putting that quote into one of their campaign ads, while inadvertently (one presumes) changing the word virtue to Virture. Today's typo appears 47 times in OhioLINK and is a "high probability" one on the Ballard list. I suppose that if selfishness were a virtue, a bird of prey might be its most evocative symbol. But there's no need for the bald eagle to vacate its perch just yet. At the moment, liberalism seems to be our most beloved virtue.