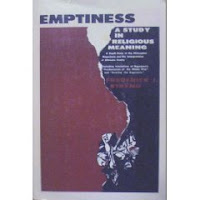 Buddhism is the fourth most popular world religion, ranking below Christianity, Islam, and Hinduism and above Sikhism and Judaism. Most Buddhists live on the Asian continent, but Buddhism has adherents all over the world. In one sense, it barely qualifies as a religion at all since it eschews the doctrinaire approach most religions employ; rather than requiring its followers to profess an official belief system or to embrace blind faith, it urges them to question authority and base their spiritual quest on empirical evidence. Many religions find strength in numbers, but Buddhism stresses the individual. We uncovered nine examples of Strengh, along with two each of Strenghe* and Strenghs, in the OhioLINK database. Undoubtedly, though, the strongest response was to Strenght*, a typo found 68 times there.