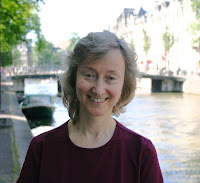 If you've ever tried talking to a member of the opposite sex, the book You Just Don't Understand: Women and Men in Conversation—which was published in 1990 and remained on the New York Times bestseller list for nearly four years—just might speak to you. However, depending on the sort of feminism you subscribe to (equality or difference), you may or may not appreciate the message it's communicating. Which is to say that, generally speaking, women and men will often speak in very different ways and for very different reasons. Comunication* was found 39 times in OhioLINK and Comunicating four times (each result containing a couple of antiquated variants from the 1600s or so). Regardless of gender, or gender identification, let's all try and keep the lines of communication open by keeping today's typo out of our catalogs.