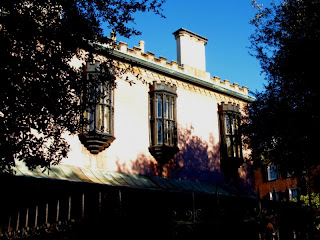 "I think I understand what military fame is; to be killed on the field of battle and have your name misspelled in the newspapers." So wrote the old soldier,
William Tecumseh Sherman, who had an axe to grind with reporters on the best of days. Sherman was best known for his unambiguous disinterest in running for higher office and the quote "War is Hell," so it was a special treat to find his thoughts on typographical errors. Soliders is found on the B, or high probability list in Typographical errors in Library Databases at http://faculty.quinnipiac.edu/libraries/tballard/typoscomplete.html
. We assume this to be an inverted letter typo for soldiers, but there is an outside chance it could be an added vowel typo for solders. Because of this ambiguity, it is important to check each record before making a correction. The typo is present in more than 300 records in WorldCat. To prove how universal these problems are, we found soliders in the catalogs of the National Library of Australia and Oxford University.
Today's illustration is of the Green-Meldrim house, Sherman's headquarters after his bloodless takeover of Savannah. The original can be found at http://www.pbase.com/terryballard/image/94147382 .
Posted by librarytypos at 11:16 AM