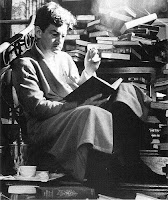 The Miracle of Morgan's Creek is itself a miracle of mid-century Hollywood filmmaking. Preston Sturges's 1944 screwball comedy centers around a fun-loving and patriotic young lady (Betty Hutton) who goes to a send-off for servicemen shipping out the next day, and comes home married (to one she uncertainly refers to as "Ratzkiwatzki?") as well as pregnant. As in ... she had drunken, semi-anonymous sex with a soldier. In the 1940s. In America's heartland. (Did I mention it's a comedy?) Bosley Crowther of The New York Times called this film "audacious" and "delightfully irreverent" and wondered how Sturges "persuaded the Hays boys that he wasn't trying to undermine all morals," while James Agee went a step further in asserting that "the Hays office must have been raped in its sleep" to permit its release. Preganc* and Pregana* turn up eight times apiece in OhioLINK, along with a few of Pregant* to boot. (Fix this typo by moving the N's and C around. Then Netflix this movie before it gets rated NC-17!)