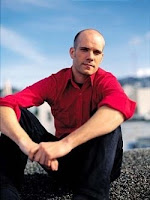 NaNoWriMo, or National Novel Writing Month, is the brainchild of author Chris Baty and it's been taking place every November for the past ten years or so. The goal is to churn out 50,000 words by the end of the month, which, in case you're wondering, comes out to about 1600 words a day. In 1999, Baty and some friends launched the project in San Francisco with 21 participants; by the following year, the ranks of the writerly wannabes had swelled to 140. In 1992, there were 5,000 people signed up and last year over 200,000. If you haven't gotten started on your novel yet, it's definitely time to get a move on. No Plot, No Problem! is how Baty puts it in the title of his self-help book; the main thing is just to keep it moving. It's all about the word count, at least for now. (Apparently, December has been dubbed "National Editing Month" to allow and encourage post-NaNo revising and proofreading.) Just channel your inner grade-schooler trying to make your composition long enough: "It was a very very very very very cold and rainy day in November when I finally sat down to write my novel...." NaNoWriMo has been criticized for seeming to suggest that anybody can be a successful writer and for trivializing the art of authorship, but while some of the points made in that regard do resonate a bit, I really don't think there's anything wrong with encouraging people to try writing this way. We can't all be Irma Rombauer, but we can all practice and experience the joy of cooking. Likewise, you might not have a novel when you're done here; you may just have 50,000 words of something. But novel schmovel, I say have fun with it. Writing is no different than any other hobby or means of self-expression. It's inherently pleasurable and mind-expanding and sometimes one simply has to "do it" to find that out. We found three cases of today's typo in OhioLINK and 34 in WorldCat.

(Chris Baty, from the Web.)