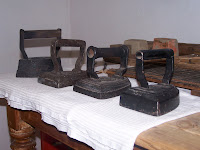 In the wake of the disturbing allegations of sex abuse at Penn State University, Dr. Drew Pinsky referred to childhood sexual abuse as the "gift that keeps on giving" and added that this was "irony, folks." He apparently had been criticized earlier for this statement and now added that what he had meant was that abuse has lifelong effects and is often passed down through generations. My first reaction was that it wasn't irony so much as sarcasm, but after I considered for a bit, I concluded that Dr. Drew was right. These words are defined as near synonyms, both involving "incongruity" between literal meaning and intent, with irony edging out sarcasm in the "wit" and "subtlety" departments. According to Dictionary.com: "The distinctive quality of SARCASM is present in the spoken word and manifested chiefly by vocal inflection, whereas IRONY and SATIRE, arising originally as literary and rhetorical forms, are exhibited in the organization or structuring of either language or literary material." If Dr. Drew had said, "Molestation makes a great Christmas gift" or "It's just what I've always wanted!" that would have been sarcasm. He would have been saying the exact opposite of what he meant. But in fact what he said, albeit idiomatically, was precisely what he intended. It's just incongruous to speak of gifts and abuse in the same breath. That's what makes it ironic. Ironically, I couldn't find any typos for irony or sarcasm, etc., in OhioLINK. But Scandel and Scandels were in relative abundance, found 15 times and two times apiece. Not the worst thing in the world, all things considered, but certainly worth looking into.