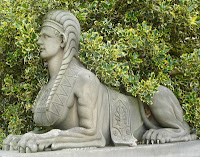 Time flies and it even jumps a little each year when we all "spring forward" by turning our clocks ahead an hour. This annual act is somewhat tiresome and deprives us of sixty minutes of sleep, but it does make it seem like the season has officially arrived. The point of it, of course, is to try and "save" daylight. This is a precious commodity, according to Benjamin Franklin, who came up with the "seed of the concept of daylight savings" during a visit to Paris (the "City of Light"), as well as the relevant adage: "Early to bed, early to rise, makes a man healthy, wealthy, and wise." DST did not become a reality, however, until World War I, when it was adopted worldwide in an effort to conserve fuel for electricity. At any rate, don't spring ahead so fast that you drop one of your letters. Sping* + Spring* turns up 23 times in OhioLINK and 247 times in WorldCat. There may be a number of false hits here (the LC name authority file includes around thirty surnames beginning with Sping*), although the overwhelming majority appear to be typos, many for the publisher Springer-Verlag. I wondered whether "sping" itself was an actual word and have learned that it sort of is: it's both "short for 'spam ping' and is related to pings from blogs using trackbacks, called trackback spam" and a term for the "new combined Space and Missile Operations Badge, informally known as 'spings' (SPace wINGS)." I'm not exactly sure what it is about techno/geek argot that so often inclines it toward goofiness. Maybe these folks just get a little squirrelly after a while and need to let off some linguistic steam. Or perhaps they've got a touch of "sping fever"!

(The so-called "Spingx" from the gardens of Harewood House, West Yorkshire, United Kingdom, 2009, from Wikimedia Commons.)