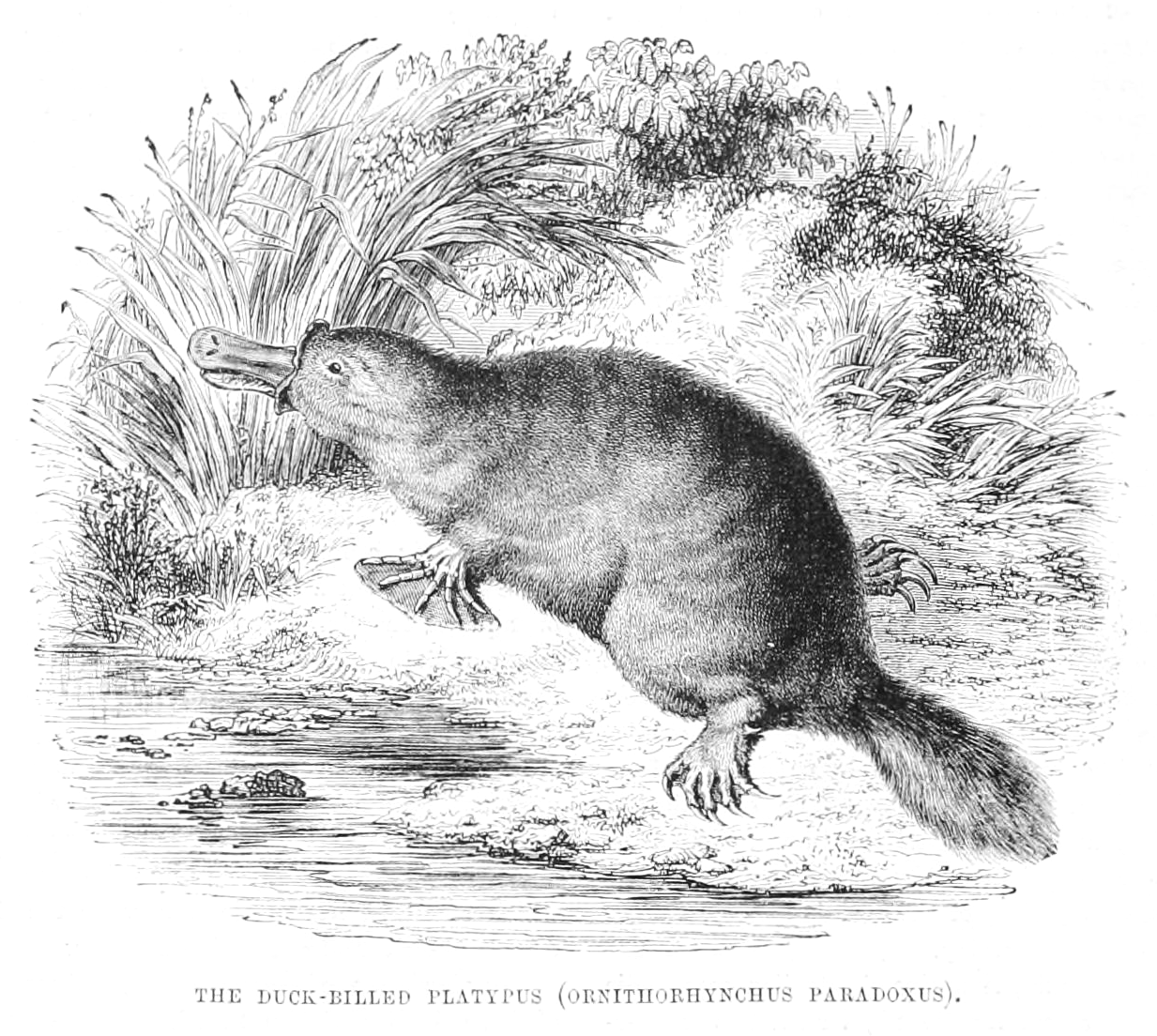 Duck-billed platypuses, or platypi (if you insist, but it seems it actually should be platypodes) are in fact mammals, but just barely. These fascinating "rebels," "jesters," or "freaks" of nature, as the website Listverse tells us, struggle to walk on land; have no use for common senses like vision, hearing, and smell; lay eggs (as if they were real ducks!); can do without stomachs; and lack teats, preferring to simply exude milk through their skin. If they had had cell phones, they'd be the original "duckface" selfie queens. To make matters worse, there was a time when they couldn't even convince us they were real. Apparently, it was considered an amusing hoax during the 19th century for "naturalists" to stitch together odd animal parts and then try and pass them off as new species. One time, according to Memory Elixir, when P.T. Barnum was ferrying his Fiji Mermaid (a gnarly-looking monkey head attached to a fish's body) around the country to amaze the "suckers"—er, fairgoers and carnival attendees—a Southern clergyman ("not content to denounce the mermaid alone") questioned the authenticity of a stuffed platypus as well, convinced that such a creature couldn't possibly exist in nature. And apparently he wasn't the only one to raise a fuss about the platypus. We found one case of Mammels (for mammals) in OhioLINK, and 64 in WorldCat.
(An 1853 engraving of a platypus, entitled "Ornithorhynchus Paradoxus," from The Illustrated Magazine of Art, 1853, and Wikimedia Commons.)