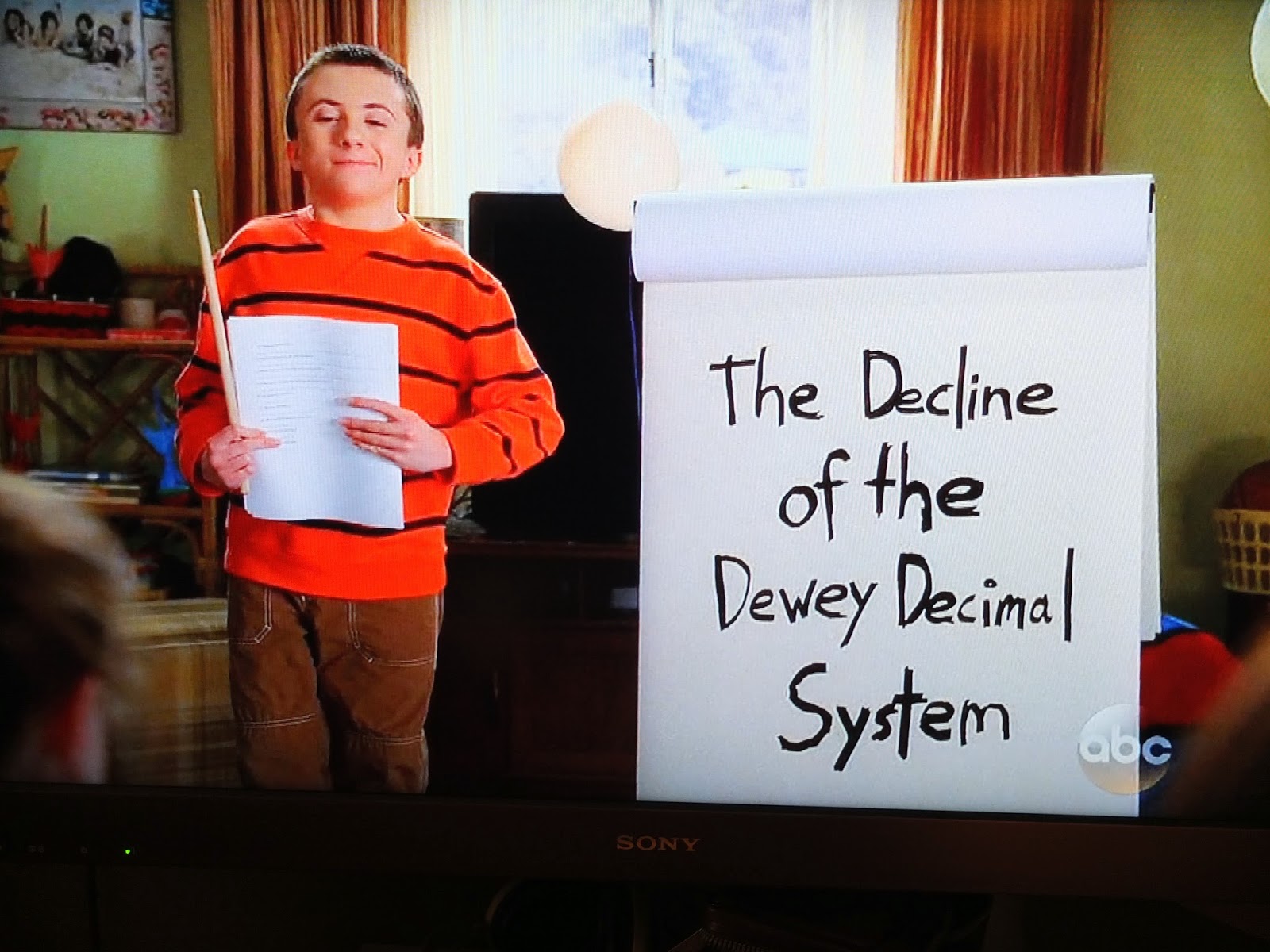 I know I've written about The Middle before, and multiple references to a single sitcom can make a person look sort of suspect, I suppose—but much like The Simpsons, this hit TV series featuring the obsessive Brick Heck is absolutely lousy with library references. In a recent episode entitled "Steaming Pile of Guilt," Brick is blissfully lecturing his family on "The Decline of the Dewey Decimal System," among other arcane topics. (He's forcing them to sit on the couch for hours on end listening to him give these little talks about the various offbeat things that interest him. They had predictably managed to forget his 13th birthday and this was supposed to be their punishment, er, make-up present to him.) I was rather puzzled by one thing he said, though: "As we all know, the Dewey Decimal System, with its 27,000 categories, has been woefully misunderstood. Certainly, the debate between Dewey and B.I.S.A.C. inflames passions. I, for one, feel that Melvil Dewey would be rolling over in his grave if he found out what happened to his beloved system..." Okay, now I was the one feeling guilty and embarrassed: I had no idea what B.I.S.A.C. was. It seems that it stands for "Book Industry Subject and Category" and is a system of classification used by the Book Industry Study Group, a trade association for those involved with book publishing. As Wikipedia states (and I now can't really help but think, rather ominously): "BISAC Subject Headings are also making inroads into library classification." Perhaps a bit more cheerful look at how these headings are being used in some libraries was found in a 2010 article in Library Journal called "The Dewey Dilemma" by Barbara Fister. The caption reads: "In the search for better browsability, librarians are putting Dewey in a different class." So thanks for the belated heads-up there, Brick, and happy belated birthday to you! Sytem* turned up 210 times in OhioLINK, and "too many records found for your search" in WorldCat.

(Screen shot from "Steaming Pile of Guilt," taken with my own camera.)