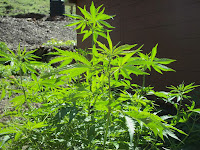 The Marihuana Tax Act was passed on August 2, 1937. The resolution had been vigorously opposed by the drug companies, though, who feared that the tax would prove too onerous. It had become obvious that people were smoking the stuff as well, which may also have interfered with pharmaceutical sales. Another theory is that the pulp paper and nylon lobbies (basically Andrew Mellon, William Randolph Hearst, and the DuPont family) wished to quash the relatively small, but growing, hemp industry. With more and more states today legalizing pot, capitalism is once again rearing its profit-driven head in an effort to get high—high prices for a plant, that is. Marijuana can go by a lot of different names and spellings—but it's all about who's controlling it, it seems. Control your own subject headings and other places where these typos may be hiding. They were found once or twice in OhioLINK, and 60 (27) times in WorldCat.