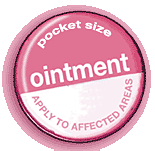 Annoint* is a "high probability" typo on the Ballard list because it's highly probable that people can't spell it. You won't scratch if you don't itch. Like Innoculate for inoculate, we sometimes think if a little is good, then more is better. There are 25 cases of Annoint* in OhioLINK, and only 467 of anoint*, which is a fairly high wrong-to-right ratio. Many typos, strictly speaking, are not typos at all, but intentionally spelled words, misspelled. This can be a real problem. Last Sunday's New York Times ran an op-ed mea culpa on the subject of its numerous name errors. It seems they make the same ones repeatedly (necessitating a memo asking if reporters know how to spell Gonzales) and egregiously (their boss's name, Sulzberger, has proved persistently troublesome). The possibility of keeping a names database or customized spell checker was raised in the article, prompting one to urge them, if a bit unctuously, to apply this saving salve. Meanwhile, let's hope the Old Gray (Grey?) Lady isn't forced to change her motto to: "All the news that's fit to misprint." (Ointment is an "itinerant collective of artists working in Live and interdisciplinary Art practices, based in West Wales.")