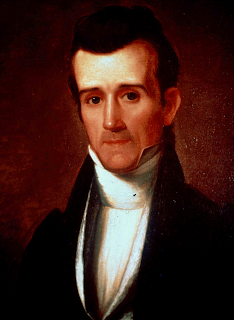 Turning up 53 times in OhioLINK, Napolean is a typo of "high probability" on the Ballard list. The pop band They Might Be Giants lyrically informs us that:

In 1844, the Democrats were split
The three nominees for the presidential candidate
Were Martin Van Buren, a former president and an abolitionist
James Buchanan, a moderate
Louis Cass, a general and expansionist
From Nashville came a dark horse riding up
He was James K. Polk, Napoleon of the Stump....

The latter was also referred to as "Young Hickory" (since he was from Tennessee like Andrew Jackson or "Old Hickory") and earned the moniker "Napoleon of the Stump" because "his oratory filled his foes with fear." While it might not be fair to call Polk lean and mean, TMBG does describe him as "austere [and] severe." He accomplished a lot in "four short years" and, unlike all of his presidential predecessors, "he sought no second term." If you take charge of this typo today, perhaps, like James K. Polk, you won't have any unfinished business to return to later on.