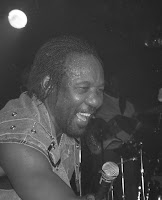 The Jamaican band Toots & the Maytals recorded "Pressure Drop" in 1969, but managed to do so without dropping either of the S's in the word pressure. This tune was later featured in the 1973 film The Harder They Come, which went a long way toward making reggae a household word. A couple of years ago, Rolling Stone included "Pressure Drop" in its list of The 500 Greatest Songs of All Times. I know you feel pressured at work sometimes, but try and find some time to check your OPACs for this one. There were 25 cases of Presure* in OhioLINK the last time we looked, about eight of which were typos for the correctly spelled (French) word présure.