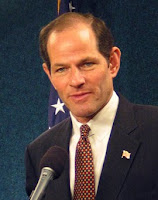 Sometimes it seems like all politicians have a congenital tic: something that compels them to act against their own best interests—often in the most spectacularly ironic or hypocritical ways—not to mention the interests of their constituents. They're funny that way, really. Though scarcely the most egregious case in point, former POTUS Bill Clinton famously uttered what should perhaps be the official motto of politicos caught in the act: "It depends upon what the meaning of the word is is...." Like a cross between a hiccup, a stutter, and lying under oath—it's the Pol Tic! We caught 83 cases of Poltic* in OhioLINK and I hope it's not impolitic to say there's gotta be a whole lot more in WorldCat.