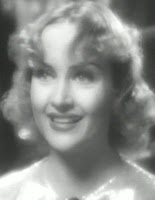 Most marriages are marred by a little bit—if not a lot—of rage. The one depicted in the 1941 Hitchcock film Mr. and Mrs. Smith, starring Carole Lombard and Robert Montgomery, is certainly no exception. One day, "bickering New Yorkers" Ann and David Smith come to separately find out that, due to some technicality over state/county lines, they are not in fact legally married. Earlier that morning, Ann (who greatly enjoys "how much do you love me?" games and self-made marriage "rules") had been priding herself on the foolproof state of her three-year-old union ("Respect for each other as individuals, that's what counts ... always tell the truth no matter what the consequences") and then, perhaps tempting fate somewhat, had put it to her partner directly, as certain wives are wont to do: "If you had it all to do over again, would you have married me?" After a brief pause, David answers her: "Honestly, no. Not that I'd want to be married to anyone else. But I think that when a man marries, he gives up a certain amount of freedom and independence. If I had to do it all over again, I think I'd stay single ... Your feelings aren't hurt, are they? ... You don't understand! I was only answering a hypothetical question ... Darling, I do want to be married to you. I love you. I worship you. I am used to you." Equal parts screwball and excruciating, Carole Lombard is as cracklingly luminescent here as ever. (Lombard is not one of the first blondes one tends to think of in relation to Alfred Hitchcock, but she clearly rates a place in the platinum pantheon.) The eponymous Smiths, who seem fated for each other mostly out of sheer sexual chemistry, provide the mature moviegoer, both then and now, with a racy, censor-bending, and hysterical look at American marriage. Five hits in OhioLINK and 64 in WorldCat.

(Screenshot of Carole Lombard in My Man Godfrey, 1936, from Wikimedia Commons.)