Whiteman + Whitman (for Whitman or Whiteman) 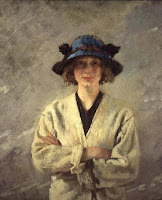 Today is a day off from working for the man—and you may be sitting around in your jammies having a nice, if cash-poor, "staycation" or, like me, laboring to clean out the basement or something. Although if you're actually planning to get dressed and go somewhere, you might also be thinking of the hoary etiquette rule: don't wear white after Labor Day. But where is the sense in that? Most of us assume it has something to do with snobbery (if not actual racism: "That's mighty white of you!") and the fact that summer clothing is generally "lighter" than the heavy black and blue of conventional workaday wear. In truth, however, winter is a far whiter season than summer, with its pale gray skies, denuded trees, and slumbering flowers under blankets of snow. Walt Whitman wrote in Leaves of Grass, in answer to the question what is the grass: "...I guess it is a uniform hieroglyphic ... sprouting alike in broad zones and narrow zones, growing among black folks as among white..." So cast off your shackles and wear whatever colors you like, whenever you want, because ultimately death comes to us all. As Walt also wrote in "Reconcilation": "...I draw near, bend down and touch lightly with my lips the white face in the coffin..." We uncovered 13 cases of Whiteman + Whitman in OhioLINK and 83 in WorldCat. You may not care a whit about typos today, but this could be a good one to get you back into the drab routine of working tomorrow, regardless of what you'll be wearing.