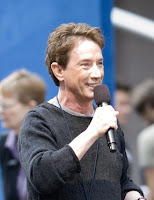 I'll make this short. (Anyway, I'll give it a shot.) Some of the best things in life are short: shortbread, shortcake, shortcuts, shorthand, short ribs, shortstops, and last, but surely not least, short stories. But short does have its shortcomings. It can be shortsighted or short-tempered. It can prove short-lived, or give short shrift. And then there's the queerly monikered short snorter: "a banknote inscribed by people traveling together on an aircraft." Today's typo was found 17 times in OhioLINK (about half of which were legitimate spellings for different words) and 119 times in WorldCat. You shor 'nuff might find a few in your own catalogs too, so make short work of 'em if you do.