Forster* + Foster* (for Foster* or Forster*) 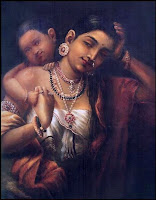 A segment on ABC's 20/20 recently had me wondering what some folks think foster care is actually for—in addition to whom mind-bending, mood-altering prescription drugs are supposed to be for. It seems that many children in foster care are being given "powerful psychotropic drugs" for no apparent reason other than the fact that it's cheaper than therapy. But being distressed over the loss of one's parents or one's home does not constitute mental or emotional illness per se. Traumatic though such things are, they shouldn't really require more than a modicum of medication, along with some counseling and, dare I say love, in order to help most kids deal. According to research conducted by 20/20, these kids are up to 13 times more likely than other children to be prescribed such drugs; "hundreds" of them are on five or more of them at once. One tiny interviewee said the drugs made her "sleepy in the day," while others displayed symptoms that were much more disturbing. Most expressed insight and outrage far beyond their years and spoke feelingly about how happy and "free" they became once they were finally taken off their meds. We found 84 cases of today's typo in OhioLINK and 974 in WorldCat. You'll probably find some in your own catalog as well. Not all of these cases will need correction, of course, but please deal appropriately with those that do.

(Krishna with his foster mother, Yasoda, painted as a Keralite mother and child, 1901, from Wikimedia Commons.)