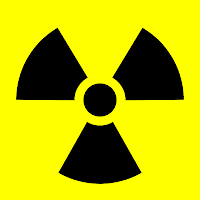 The 19-mile exclusion zone around the site of the abandoned Chernobyl nuclear power plant in Ukraine is now home to a thriving wildlife population. In the 25 years since a disastrous meltdown required the government-ordered evacuation of more than 100,000 residents, nature has reclaimed much of the area. But scientists still disagree about how much damage the high levels of radiation have inflicted on local populations of birds, fish, wolves, and other animals.

What is clear is that the region will remain unsafe for human habitation for years to come. And yet some have chosen to return to their villages, willing to take the chance that old age will kill them before radiation-induced cancers or other illnesses can.

Fortunately, radiaton* is not dangerous in an online catalog, merely annoying. It should require little effort to eradicate this low-probability typo. Currently, there are nine entries for it in OhioLINK.