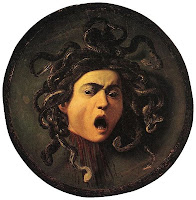 When American comedian and singer-songwriter Jim Stafford penned his whimsical 1974 hit “(I Don’t Like) Spiders & Snakes,” did he deliberately choose to name two of the fears that commonly afflict us humans? Google “top phobias,” and nearly all the resulting lists feature arachnophobia (fear of spiders), while a fair number also mention ophidiophobia (fear of snakes). In fact, LiveScience calls the fear of snakes one of the most prevalent and suggests it could be evolutionarily imprinted. As for Stafford’s song, it was successful enough to earn a place on Billboard’s Hot 100 Country Songs, a list of the top country songs to appear on its chart during the first 50 years.

Smakes, a lowest-probability typo, is not nearly so ubiquitous as its associated phobia. There is only one entry for it in the OhioLINK database.