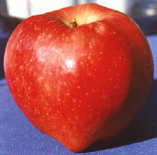 Tonight's the night that children dress up as witches and goblins and ghosts (or whatever they're being scared by these days) and attempt to fill their trick-or-treat sacks with candy. People used to toss in the occasional apple as well, until an urban myth peaking in the 1980s made that fruit a forbidden one. The story floating around was that razor blades, pins, and other sharp objects were showing up inside of apples. This apparently never, or rarely, happened (although there are accounts of hoaxes by kids themselves), but such cautionary tales, like vampires, die hard. Although we found only one Appple and one Appple's in OhioLINK's bag of tricks, we discovered 45 cases of the more inclusive Appp*. Most were for words like applications, appropriations, apparatus, and so on, along with a variety of personal names and acronyms.