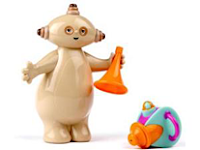 One category of typo is what we might call the "stutter"—a dubious doubling up of article, preposition, or other small word. These typos are made a lot and are hard to spot (although automated spelling and grammar checkers help facilitate this). A popular brain teaser asks you to count the number of F's in the following sentence: FINISHED FILES ARE THE RESULT OF YEARS OF SCIENTIFIC STUDY COMBINED WITH THE EXPERIENCE OF YEARS. Many people apparently get the answer wrong because of a tendency to skip over the word of. I got 353 hits on Of of in OhioLINK, but not all such occurrences are typos. Exceptions might include titles like "Of Of Miracles" or two sentences where one ends with the preposition and the next one starts with it. (This is one I can't find a ready example of. Of course, that doesn't mean there aren't any.) William Safire, in a recent column titled Of the Migrating Of, eschews the excessive use of of even in its singular form, and quotes Mary Cantwell who says: "Clearly, of is now something more than a mere preposition. It's a virus." But that is something we need not speak of. Our mission is merely to mop up the offending "Of-ofs."

(Makka Pakka doll, from the British kids' show "In the Night Garden." This fellow likes to clean stuff with his Uff-uff, a "bellows-like device" he "uses to dry the faces of the Pontipines and things in the garden.")