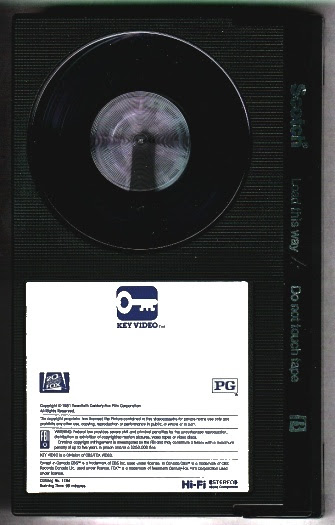 With the introduction of the VCR in the early seventies, consumers faced a dilemma in choosing the format of their videocassette tapes. The top two contenders were VHS, marketed by JVC, and Betamax, developed by Sony. Even though the quality of Betamax was superior to VHS, VHS eventually won the format war. Some of the drawbacks of Betamax included the higher cost and one-hour recording capacity. Viewers preferred the longer recording capacity of VHS to tape movies and sports events, and were willing to sacrifice quality for quantity.

Without the VHS tape, there probably wouldn't be surviving copies of the Star Wars Holiday Special (1978), as it has never been officially released. Transferred from VHS home recordings to various formats, it has survived to the Youtube age. Celebrate "Life Day" at your own risk.

Fomat is a moderate probability typo on the Ballard List, and appears 8 times in OhioLINK.