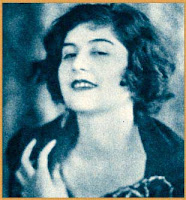 Many movie actors and directors are subjects of print biographies, both authorized and unauthorized, and some of them even highly regarded autobiographies, but very few can lay claim to having been the catalyst for a classic work of literature. Charlie Chaplin married Lita Grey in 1924, when Grey was only 16 years old and pregnant. The marriage was at once a tiresome domestic drama and a tawdry affair. It also came dangerously close to becoming a criminal matter. Chaplin went on to play the role of bridegroom three more times and Lita (who had twenty years on him) tied the knot thrice more herself. She wrote two autobiographies, the first one mainly comprising "exaggeration and fabrication" (allegedly on the part of her co-author, Morton Cooper) and the second one (published in 1998, three years after her death) apparently more truthful. Her marriage to Chaplin is considered by his biographer, Joyce Milton, to have been the inspiration for Vladimir Nabokov's literary masterpiece Lolita, published in 1955. We found three cases of Litarary in the OhioLINK database today, and four of Litarature.

I always like to catch up with Typo of the Day for Librarians.