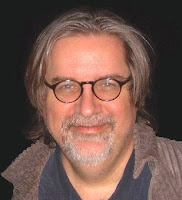 Don't have a cow, man, but Matt Groening's baby, The Simpsons, turns 21 years old today! Instead of trying to blow out 21 trick candles—remember the episode where Homer is unable to blow out the (regular) candles on his cake and falls asleep exhausted, setting his party hat, and subsequently the rest of the house, on fire?—you might want to celebrate the occasion by listening to Luke Ski's parody tribute song "88 Lines About 44 Simpsons." There were 15 examples of today's typo in OhioLINK, which is rather fitting because the Simpsons are from Ohio ... or Oregon ... or Illinois ... or any one of 68 other places in the United States called Springfield. So happy birthday to all and to all a good Matt!