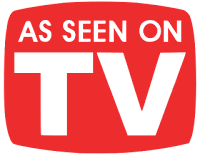 We couch potatoes of a more delicate fiber might be forgiven for occasionally wishing that commercials were a bit more like children should be, according to the old saw: seen but not heard. These intrusive attempts to sell us things, in fact, have proved so consistently noisy that most viewers eventually form the automatic habit of hitting the mute button or volume control at the very first hint of one. In December 2010, Congress finally took pity on the TV-watching public and passed the Commercial Advertisement Loudness Mitigation Act. There were a crashing 156 cases of Commerical* (for commercial*) creating quite a racket in OhioLINK today.