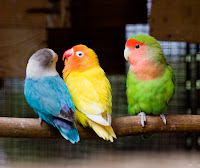 It's fun, it's fleeting, it's fanciful, and it's farcical. It's called "Falling in Love" and it can get very involved. (On the other hand, birds do it, bees do it, even educated fleas do it—so how hard can it really be?) Romantic or "courtly" love was apparently invented in either the 12th century (by French troubadours) or the 14th century (by Italian bards), but in any event, it's been with us for a long time. In the charming 2005 collection The Romance of Libraries, one fellow recalls his earliest erotic experience among the stacks, in which he shyly tries to borrow an encyclopedia volume labeled HOW to LUV. We found a few variations on today's typo in the OhioLINK database: Invlov* (three), Involov* (three), and Invov* (12).