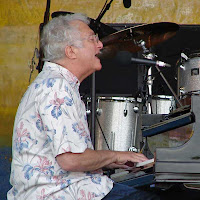 On the website Yahoo! Answers, someone needs to know: "How tall was Randy Newman?" One person guesses around 5' 11", but demands to know what the questioner means by was. Another can't resist tweaking the query to read: "How randy was Tall Newman?" And yet another supposes probably not very, seeing as how he wrote the song "Short People" and released it on the Little Criminals album in 1977. These are all rather interesting and/or amusing responses, but they fall short of the real answer, which is that Randy Newman is over six feet tall. I'm not going to gush over what a great musician Mr. Newman is, or how funny and ironic the lyrics to "Short People" are. But do allow me to quote this passage from the 2002 book by Eric Flint and Richard Roach, Forward the Mage: "Who is so wise as to distinguish, with unerring precision, between a little man, a dwarf, a gnome, a midget, a shrimp, a runt, a pygmy, a Lilliputian, a chit, a fingerling, a pigwidgeon, a mite, a dandiprat, a micromorph, an homunculus, a dapperling, a small fry, or someone with bad posture, weighted down with the cares of the world?" We found 15 cases of today's typo in OhioLINK, several of which were distinguished by a [sic] or the fact that they appeared on records for works published in the DBD (Days Before Dictionaries).

(Randy Newman at the New Orleans Jazz & Heritage Festival, May 2008, from Wikimedia Commons.)